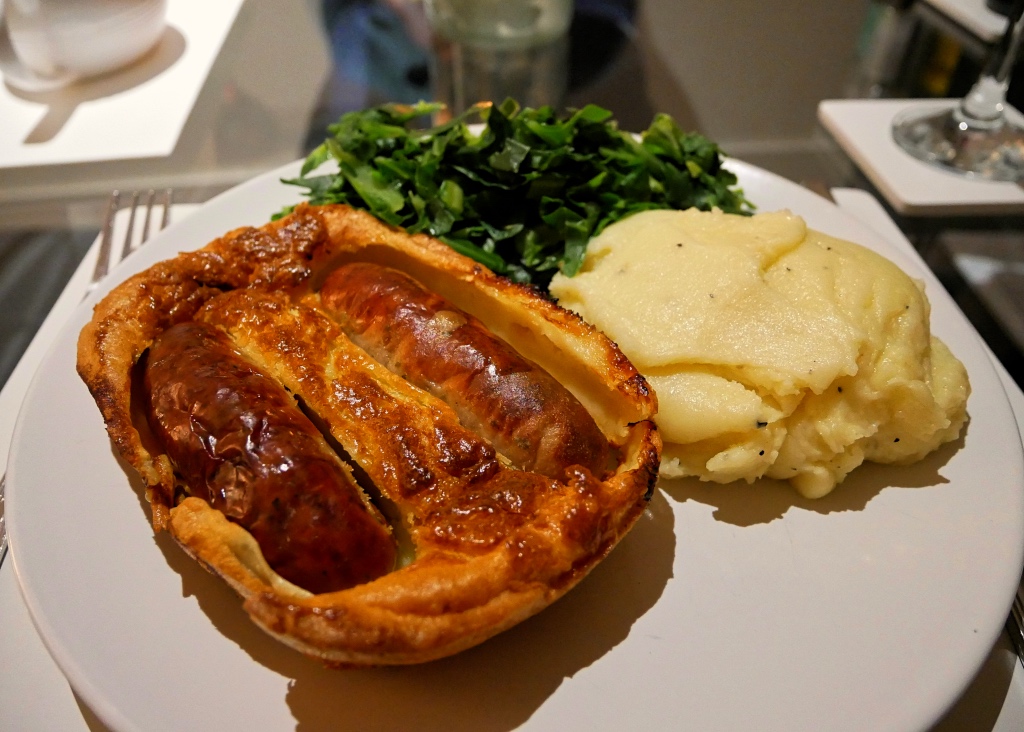 Without a doubt, one of the things that I missed most when I stopped eating gluten was Toad in the Hole. I think it’s one of those things that until you realise that you can’t eat it anymore, you don’t appreciate how good it is! Last year, the boy learnt how to make a gluten free version of Toad in the Hole, and it’s SO good. It’s a proper comfort food, perfect for a Sunday evening, now that the days are getting shorter. We usually have ours with some mashed potato, spring greens and gravy (not shown in the pic above as it kind of ruined how it looked!), but obvs what you have to accompany it is up to you. However, here’s the recipe for the main event – the Toad in the Hole.