If there ever was an example of bringing my post on how to book a cheap city break to life, this is it. To be completely honest, when we said about going away in March, I had no idea where we would end up. I’m not even sure that Poland was a consideration but when we saw return flights and 2 nights in a 5* hotel for £87 each, we knew we couldn’t say no. Poland was a new country for both of us and so we decided to go and explore!

Our hotel was a 5* hotel Radisson Blu in the financial part of the city, about a 10 minute walk from the train station and a 20 minute walk from the Old Town. The hotel felt a little way out, but we were lucky with the weather and so the walk into the Old Town was pretty nice. The hotel is large, with a bar and a restaurant. The rooms were a decent size with super comfy beds and all that you needed for a short city break. The hotel also has a pool, we didn’t have time to use it, but it’s useful to know if you do want to relax a bit more. 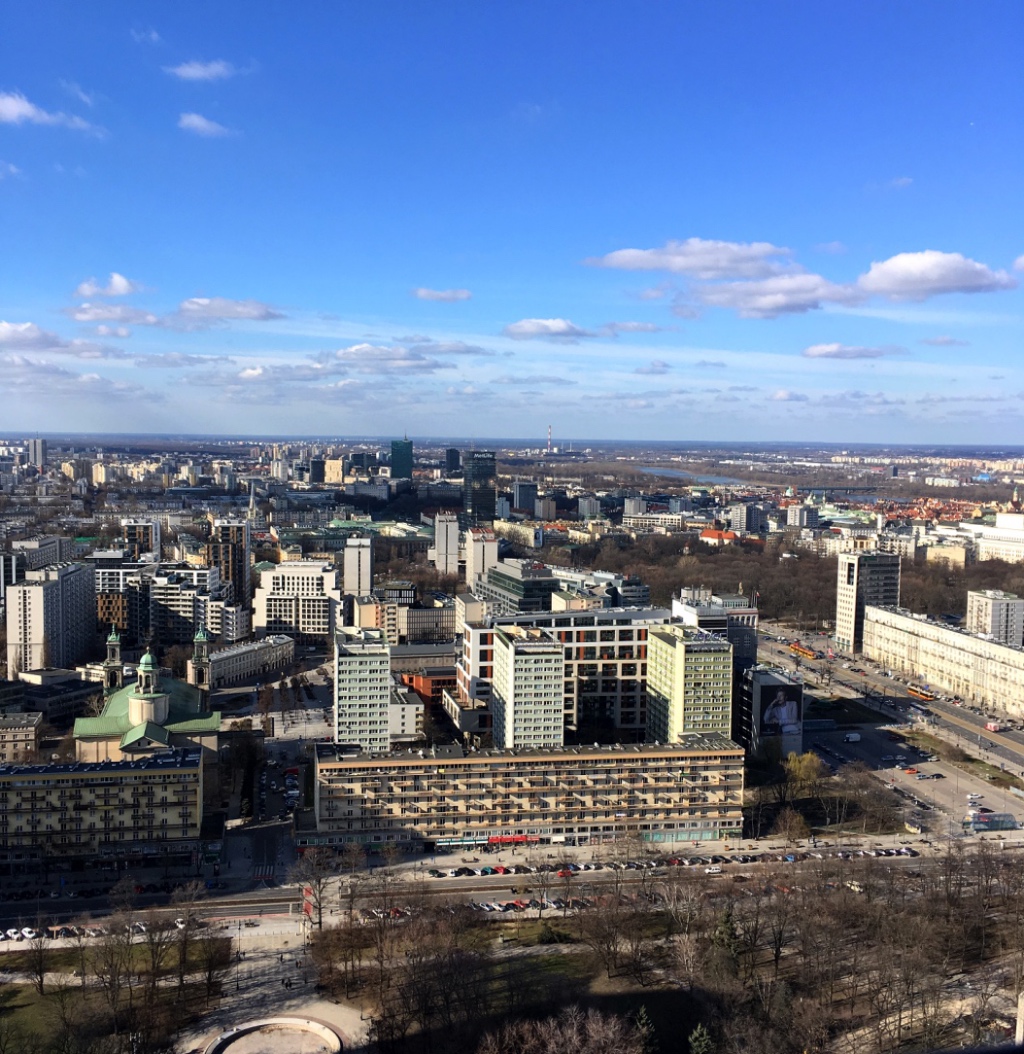 We visited Warsaw towards the end of March. The first day was pretty cloudy and I’m sure that it even started to snow a little bit at one point – it was windy and really cold! However, the Sunday and Monday were completely different and it was so sunny and warm. On the Monday, we were able to sit in the main square without coats and soak up the sunshine. At the highest, it probably reached about 18 degrees, but was perfect sight-seeing weather!

Warsaw was a pleasant surprise. After so many people telling us that Krakow is prettier, we weren’t sure what to expect. There are some bits that are a bit rougher looking and some bits that are a bit concrete heavy, but then you’ll find that anywhere. These areas can look quite depressing when it’s also very cloudy and dull, but when the sun comes out, it’s a completely different place! We found some beautiful areas though and enjoyed exploring those. Plus, it’s super cheap. The hotel and flights cost less per person than some train tickets. And if that’s not swayed you, then as I already mentioned, a 50ml serving of Bison Grass vodka is only about £2.50. Bargain.

Have you been to Warsaw? What did you think?